Fishing purists continue to argue over which is better: the baitfishing reel or the spinning reel. Let's examine this debate by first pointing out the difference between baitcasting reels and spinning reels. 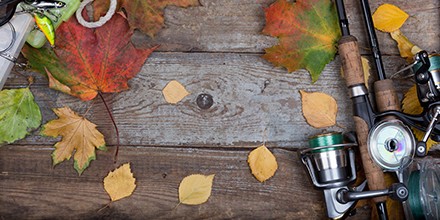 The classic baitcaster has a strong backbone, meaning it can take on strong fish. It is durable enough to withstand many outings and is reliable. Therefore, it’s likely the go-to reel when you are battling against the fish. The baitcasting reel dates back to the 19th century.

Those are the advantages and, of course, the baitcasting reel has its downsides too. There is the backlash, for instance, that tends to be followed by a few choice words from the mad angler. Also, too much slack when casting can be a downfall, as can using excessive thumb pressure.

Pros and Cons of Spinning Reels

You may at first think that the difference between baitcasting reels and spinning reels is that you won’t get a backlash with the spinning variety. But, you can certainly get a bird’s nest if you overspool the bail or don’t spool properly. Then you have to pull out the line or respool it, which take precious time away from fishing.

On the positive side, spinning reels are a great choice when fishing the shoreline as it can be cast under overhanging trees. It requires a side arm cast, which is often easier for an angler than pitching a baitcaster. In addition, spinning rods have lighter lines than baitcasting reels, which can come in handy in some scenarios.

In the end, after pointing out the difference between baitcasting reels and spinning reels, it all depends on which one you prefer. There is the great reliability of the baitcaster and then there is the lightweight design of the spinning reel.

Either way, there are many options on the market for you. You could even use both of them and then see how heated the argument gets about baitcasting reels vs. spinning reels!